Bullies want to be in control. They want to feel powerful, like they're better than others and can make rules for everyone else.
Table Of Contents

If you’ve ever been bullied, it can be hard to know who the bully is and who is being bullied. But the truth is, bullying happens everywhere — at school, at home, on the street and online. It’s a problem that affects everyone. From kids to adults and has been around for as long as human beings.

Bullies want to be in control. They want to feel powerful like they’re better than others and can make rules for everyone else.

Bullying is a power trip for bullies. If someone is bullying you, it means they have something over your head—like an authority figure or intimidation factor. They use this against you to get what they want from their victims (or just because they enjoy seeing other people suffer).

Some people just want to be mean.

They don’t think about the consequences of their actions or how other people might feel, and they may not even realize they are being mean. They may also be trying to get attention from others by acting like an ass, which can be incredibly dangerous when dealing with bullies.

Jealousy is a negative emotion that can lead to bullying. Jealousy is common in teenagers, who often feel insecure about their self-worth and image. They may also be jealous of others’ possessions, abilities or relationships.

A lack of confidence in yourself can cause you to be less assertive and more passive when dealing with someone else’s behaviour (i.e., being bullied). For example, a person who feels that they don’t measure up will try to get approval from other people by making them feel bad about themselves or through passive aggression (verbal abuse such as degrading comments).

People with low self-esteem can bully people who are better off than them.

People with low self-esteem can bully people who are better off than them.

If you’re someone who has had a rough childhood, then bullying may seem like the least of your problems. After all, being bullied is about as bad as things get in life—you’re not going to go on to do anything amazing! But if you want to stop being bullied and start living a happy life full of success and happiness, then here’s how:

Bullying is indeed most common in conventional schools, but it’s also going on outside of school.

You may have heard that bullying is most common in conventional schools, but it’s also happening outside of school. It can happen anywhere: at home, work or neighbourhood. Bullies can be anyone – a friend, a stranger or even a family member.

Bullying can happen online too. Unfortunately, many people don’t realize just how easy it is for bullies to target their victims online because there are so many ways to communicate online without having any physical contact with one another! Some examples include posting offensive material about someone else on Facebook or Twitter, sending threatening messages directly through email addresses (emails), posting mean comments about someone else’s photos/videos etc.

Bullies will find you no matter where you are.

Bullies will find you no matter where you are. It can be in person, on the internet, or by text and can happen at home, school or workplace. If you are being bullied, it is important to tell someone about it so that they can help you deal with what is happening to you and prevent further bullying incidents.

If you’re the target of bullying, there are things you can do to help yourself return to normal.

When you’re being bullied, taking care of yourself is important. Here are some steps you can take:

Bullying is not okay, and it’s never okay to be a bully yourself.

Bullying is not okay, and it’s never okay to be a bully yourself. You can stop bullying. If you are being bullied, please get help from an adult or another trusted adult who will listen and support you in whatever way they can. You are not alone!

We hope that you now understand, more deeply and completely, why people can be bullies. While it may seem easy and harmless at first glance, bullying is often much worse than anyone realizes. Bullying is not okay, and if you see someone being bullied in any way, shape or form, please speak up for them! 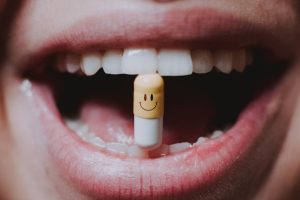 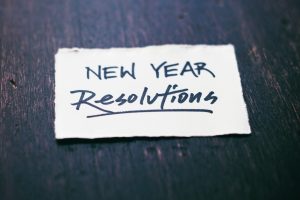 Setting And Achieving Your New Year Resolutions: Tips For Success 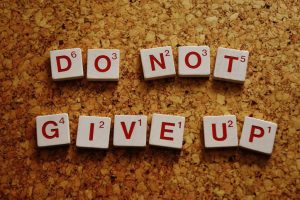 Find Your Motivation to Achieve Your Goals